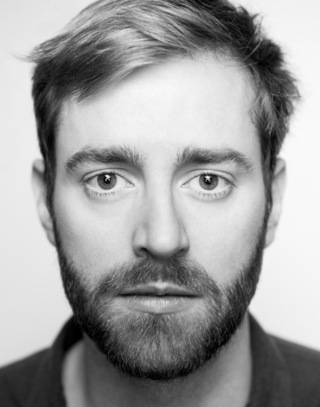 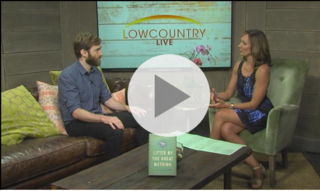 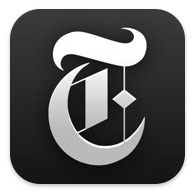 AN INTERVIEW WITH THE WIROB 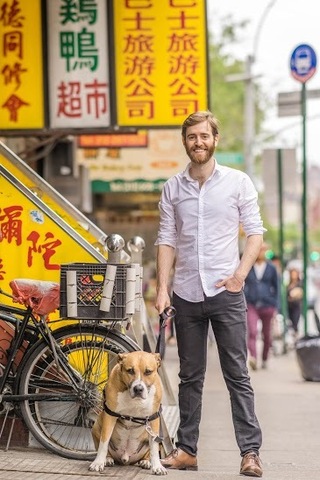 Karim Dimechkie was a Michener Fellow. Before that he taught English in Paris. Lifted by the Great Nothing is his first book. He lives in New York City.

Lifted by the Great Nothing
Available now! 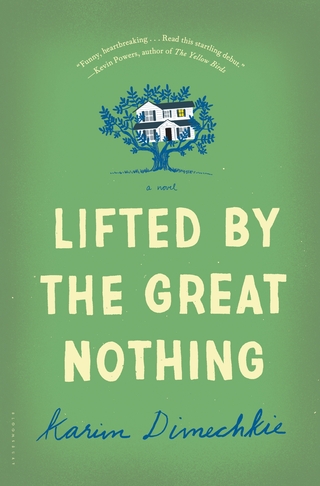 Order here with any of our partners

Lauded by Philipp Meyer, Kevin Powers, and Jim Crace, the debut novel by Karim Dimechkie—about a Lebanese-American coming of age under a loving roof and a devastating lie.

Max lives with his father, Rasheed, and doesn't remember his mother, who was murdered by burglars before they emigrated from Beirut to New Jersey. Rasheed is enamored of American culture and has tried to shed his Lebanese heritage completely. “When we are in America,” Reed (for he goes by Reed in America, not Rasheed) tells Max, “we are Americans.”

Rasheed has a single purpose in life: to provide Max with a joyful childhood. But sometimes his efforts do more harm than good, and when Max is seventeen, he discovers that his father has been lying to him––about everything––and their peaceful universe is destroyed. Max ventures on an uncertain mission to Beirut to find what he hadn't known was lost.

Lifted by the Great Nothing is a graceful, and often hilarious, coming-of-age story about the lengths we go to preserve the untruths we live by. With its poignant relationships, unsettling misadventures, and surprising love stories, the novel is a touching and devastating portrait of a young man coming to terms with his country’s—and his own—violent past.

“The characters immediately drew me in to this funny, heartbreaking novel—they are brilliantly alive. Karim Dimechkie is one of the most psychologically attuned, wise, and evocative young novelists I’ve read. Read this startling debut.”
—Kevin Powers author, of The Yellow Birds

“Karim Dimechkie is a promising young writer with a fresh, subversive take on the exile-and-immigrant experience and the stains it leaves on those who survive it or inherit it. Here’s a talent to watch and follow.”
—Jim Crace, author of Harvest

“A hugely original, big-hearted, and staggering debut. Karim Dimechkie’s talent leaps off of every page. I know his book will stay with me a very long time.”
—Philipp Meyer, author of The Son

"I laughed throughout the first half and cried through the second. Since putting this book down, I have been unable to shake it. You will find light in incredible places inside of this novel. The characters are beautifully fleshed out and flawed. The bewildering emotional range in these pages-- sidesplitting humor, devastating loss, and magnificent hope-- strike at the truest chords of what it is to be human.
—Mary Miller, author of the The Last Days of California

"Tender, hilarious, and hyper-observant, Lifted By The Great Nothing is the best novel about cultural confusion I've read in ages. Dimechkie combines the environs of small-town America with global situations in a way that is breathtaking."
—Karan Mahajan, author of Family Planning

Lifted by the Great Nothing is a raw, warm, hilarious, and fearlessly revealing tale of growing up, a 21st-century American bildungsroman—but above all, it is the story of the love between a father and son. Insightful, reaching, and heart-breaking, Karim Dimechkie has crafted a pure original in this brilliant debut novel.
—Smith Henderson, author of Fourth of July Creek

"In a story that is both cosmopolitan and all-American, Dimechkie torches the barriers of race, gender, nation, and sexuality. There are no types or caricatures inside this modern family portrait--only unforgettable voices. Open it as soon as possible."
—Dayo Olopade, author of The Bright Contintent

"Karim Dimechkie has created a father-son relationship unlike any that I've read -- mysterious and surprising and irrefutable in its love. Lifted by the Great Nothing introduces us to a writer who accomplishes that great trick: he makes us grip the book we're reading more tightly while anticipating all of his wonderful books yet to come."
—Rakesh Satyal, author of Blue Boy

"Sentimentality sometimes seems like a given in coming-of-age stories; fortunately, Karim Dimechkie’s debut, Lifted by the Great Nothing, avoids it at every turn…A rendering of a family torn apart not only by a civil war, but by a stubborn unwillingness to concede to the differences within itself, Lifted by the Great Nothing is awkward, challenging, and funny. It’s sharp and frank—and, like any good family, it stays with you.”
—The Paris Review

“This promising debut offers a finely nuanced look at race, gender, and power in American society. Dimechkie is at his best when allowing his great development of character…A promising debut penned in vivid, suspenseful prose that gives a new spin to the classic tale of fathers and sons.”
—Kirkus

Karim Dimechkie’s debut novel is funny, poignant and heartbreaking, a true-to-life coming-of-age novel...Dimechkie is a splendid storyteller, lacing his prose with apt and unexpected analogies and metaphors...Dimechkie got everything right.
—Minneapolis Star Tribune

“Dimechkie’s character-driven coming-of-age novel is less about the immigrant experience than about a literal and figurative journey of self-discovery. It is also a love story between father and son,yes, but also between Max and the older woman doctor who lives across the street. And in a novel featuring Lebanon, it is no surprise that politics and social justice also play a part. All of these disparate elements come together seamlessly as Max struggles to deal with the new realities of his life.”
—Booklist

"Lifted by the Great Nothing" provides an exhilarating and devastating encounter with disorientation.
—San Antonio Current

“[A] soulful rumination on fathers and sons and one boy’s coming of age.”
—San Francisco Chronicle

Lifted by the Great Nothing, plays a fine-tuned rainbow of delicate emotions like a harp... The story starts small—tracing the first stirrings of wonder at the female visage, the initial lines of distinction we draw between ourselves and our parents—and expands into a global epic that travels the globe in search of just what it means to lie for love.
—DuJour Magazine

"Karim Dimechkie's quirky, funny, often poignant debut novel, Lifted by the Great Nothing…a series of open questions about just what an American is. Max's coming-of-age involves a romantic and cultural awakening close to home, but he ultimately heads to Beirut and Paris as his need for facts becomes more urgent. All that movement gives the plot its necessary action, but Dimechkie is at his best when he's inhabiting the inner mind of a boy uncertain how to navigate a grown-up world where everybody is carrying at least a few secrets.
—Oprah.com Best Books of the Spring

Sometimes a book grips you from the moment you read the title...There's just so much of everything going on in these pages that captured my attention completely in this charming novel about function and dysfunction, giving and loving, so much that made me wonder, made me laugh.
—NPR Book Review